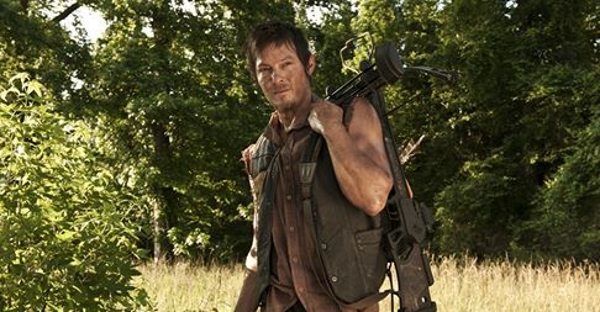 1. Who mows the grass outside the prison?

Andrew Lincoln: There’s a zombie prison-mower guy. Who else do you think it is? Have you not seen him in the back of shots?

Steven Yeun: Oh my god, we need to fix this shit. I don’t know, maybe the Walkers eat it? They need some green. They need the carbs.

Norman Reedus: Maybe the zombie virus is in the grass. When we shoot on location in towns or whatever, we put up signs that say, ‘Please don’t mow your grass.’

2. How does one maintain well-trimmed facial hair in the midst of a zombie takeover?

NR: This is six months’ worth of growth right here. So if we shave this, it won’t come back till next Christmas. This is the beard of a 14-year-old.

SY: They won’t let me [grow a beard]! They won’t let me do it. I come in with whatever I can grow, and they say no, because it probably does look disgusting. It gets stringy, and I don’t think anybody wants that.

AL: I think I trained at the Steven Yeun School for Beard Growth. So, basically it goes to the point at which it just stops growing, or very little grows. So, Steven Yeun trained me.

3. Why is Rick constantly eye-fucking the camera?

AL: It’s a technique I learned in my third year of drama school. It was the second term, and it was called Eye Fucking. So yeah, I’ve built a solid career out of eye-fucking.

4. How many sleeveless shirts does Daryl own?

NR: So far it’s been about three. I’ve pretty much worn the same thing since Season 1. I think that’s just his thing. A crossbow is one of those things where you’ve gotta move, you’ve gotta pull, and you have to have give — which was the idea behind the poncho as well, you can move in a poncho. And you can also wad it up and use it as a blanket and a pillow. I tried to introduce the poncho in Season 2 and they were like, “Nah.” The idea was it was a horse blanket that I cut a hole in and just put on me. The sleeveless thing, that’s just his vibe, which sucks, because I’m constantly having to lift weights to match those little-action figure muscles.

5. How do you maintain dental hygiene in the zombie apocalypse?

SY: Isn’t it if you’re on a paleo diet, your teeth don’t rot? I’ll say that — we don’t have sugary foods.

AL: Toothpaste. There is actually a line this season, “Make sure you brush your teeth, Carl.” That’s my favorite line. 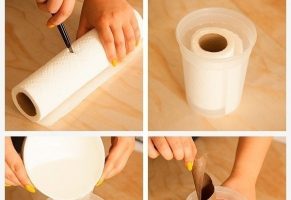 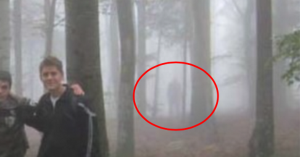