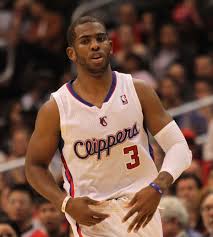 Chris Paul is a Professional Basketball Player with an estimated Net Worth of $120 million. Below I will go into details about his Career Earnings, Contract Worth, Yearly Salary, and Endorsements.

Chris Paul has been in the NBA for over 10 years now, he is one of the top Point Guard over the last decade to play in the NBA. Chris Paul played college basketball for The Wake Forest Demon Deacons. He was drafted as the No.4 pick in the 2005 NBA Draft by the New Orleans Hornets.

Chris Paul was traded to the Oklahoma City Thunder for Russell Westbrook on July 16, 2019, after playing 3 seasons for the Houston Rockets.

What is Chris Paul Net Worth?

Chris Paul’s net worth is estimated to be around $120 million. He will earn around $38 million per year according to his current contract.

Chris Paul’s salary by year for the next 3 years of his contract. At the end of his current contract, Chris Paul will earn around $124,076,442 million.

How Much is Chris Paul Current Contract Worth?

Chris Paul Signed a 4-yr maximum salary contract on Saturday, July 7, 2018, worth $159.7 million with the Houston Rockets before being traded to the Oklahoma City Thunder.

Chris Paul’s NBA contract earnings from his rookie season to present is $220,642,627 million.

Below you will find Chris Paul’s Yearly salary from his first year in the NBA to present.

Chris Paul earns around $8-10 million from his endorsements each year.

How Much Does Chris Paul Earn From His Nike Endorsement?

Chris Paul’s earnings with his Nike endorsement is around $3-5 million per year.