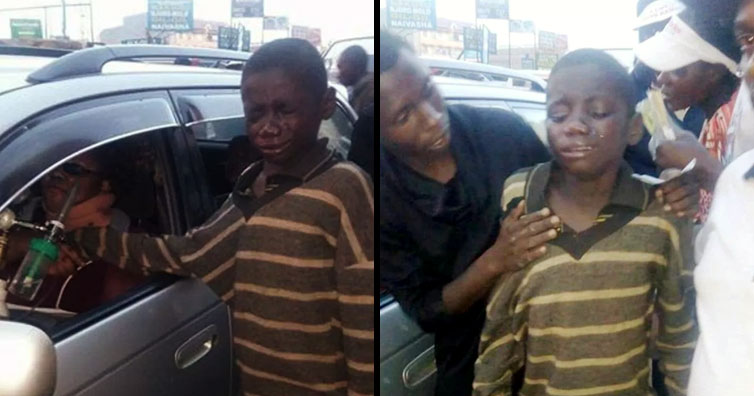 This is John Thou. He’s a little boy who was left alone and forced to survive by himself on the streets of Kenya. According to Kenyan journalist Njogu Wa Njoroge HSC, who wrote on Facebook, John had to live on the streets of Nairobi because his dad was too abusive to live with. His mother had passed away. You can only imagine how difficult it was for a little boy to survive alone. His life had turned into a daily struggle, trying to find food and shelter. It’s truly heartbreaking to even think about a young boy or girl forced to live their life alone on the streets. One day, John was asking drivers for some spare change. 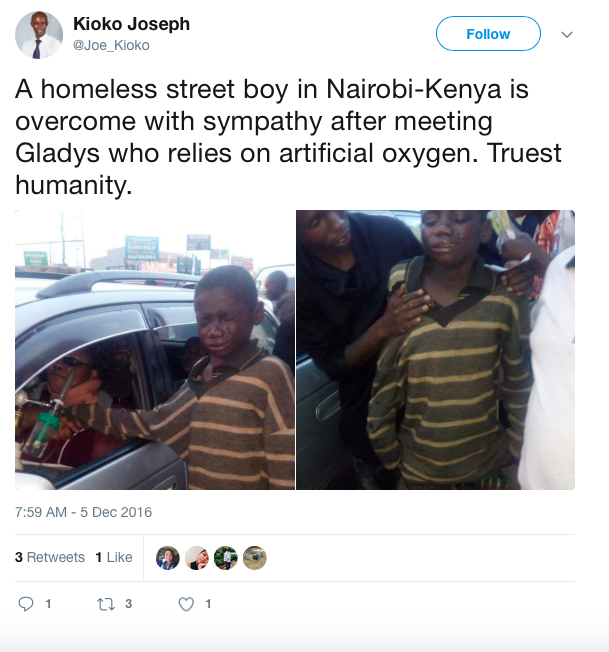 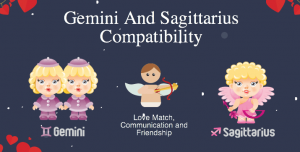 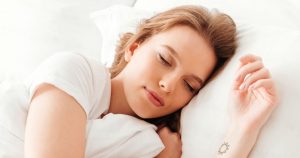