The world is slowly waking up to the fact that, when you give the body what it needs, it can heal things we previously thought were impossible. A fine example of what is often deemed as an incurable health problem is dental cavities, but extensive research is now becoming more public about the true nature of tooth decay and the fact that there are proven remedies that can remedy it.

The lies perpetrated about tooth decay

According to the American Dental Association, the reason we have tooth decay is as follows:

“[Tooth decay] occurs when foods containing carbohydrates (sugars and starches) such as milk, pop, raisins, cakes, or candy are frequently left on the teeth. Bacteria that live in the mouth thrive on these foods, producing acids as a result. Over a period of time, these acids destroy tooth enamel, resulting in tooth decay.”

There are a few problems with this theory, including:

Tooth decay, as researched by Dr. Weston Price and other dental pioneers, boiled down to three factors:

Over a period of time, if your diet lacks vitamins and minerals from a poor diet and/or contains high levels of phytates (from grains, seeds, nuts, and legumes), the blood chemistry and the ratio of calcium and phosphorous become out of balance, which results in minerals being pulled from bones, causing tooth and bone loss..

So, the long-standing belief that sugar causes tooth decay is true, but as a result of it depleting nutrients from the body, not because bacteria eat it and produce acid that ruins your teeth. 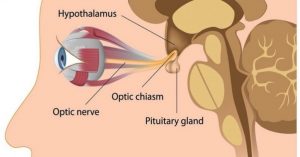