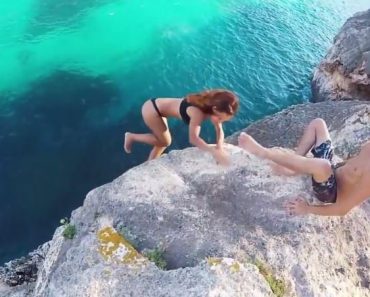 Cliff jumping has been an activity that many have enjoyed for a long time. People mostly do it when they are on vacation in a tropical destination. There’s something really appealing about standing on a high cliff in a beautiful destination, staring at ocean blue waters and deciding to jump right into it.

As much as it is a fun activity, there’s something very dangerous about it. You have to get the perfect jump in order to not hit your head against the rocks. If you’re with a group of people, you have to trust that they’ll have your back if something goes wrong.

For example, if you chicken out mid-jump and want to grab onto your friend’s ankle to potentially prevent you from falling, they help you out. But that wasn’t the case for a couple who was on the edge of a high cliff preparing to jump.

The footage went viral as a girl in a bikini tried to position herself for the huge leap, but she lost her footing on the rock and began to fall over the edge. The unnamed girl naturally reached out and tried to cling on to her boyfriend’s ankle for support, but he pulled his leg away. 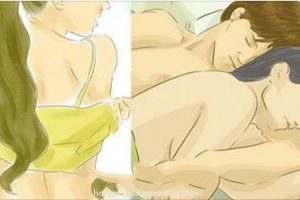 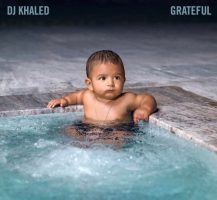